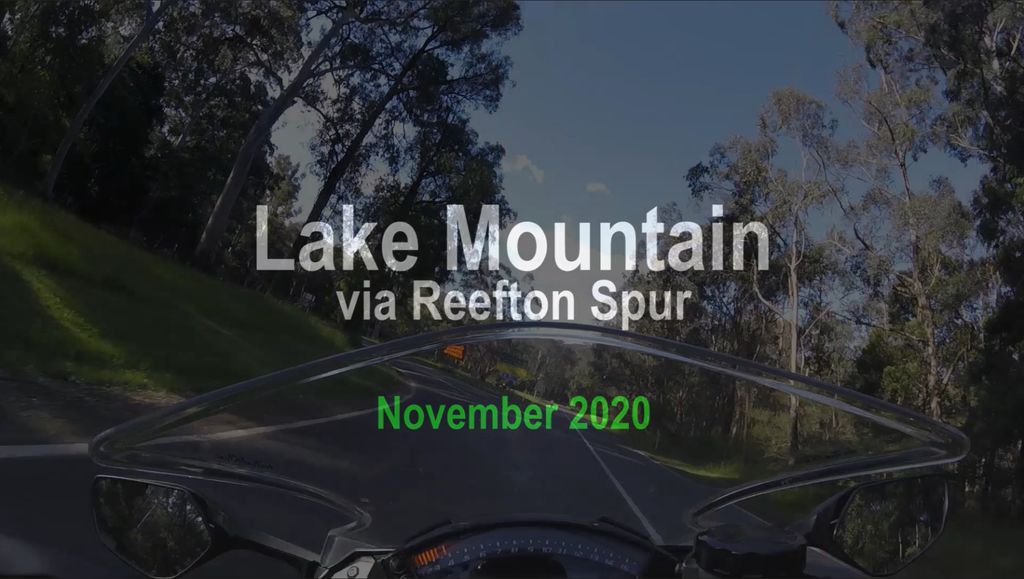 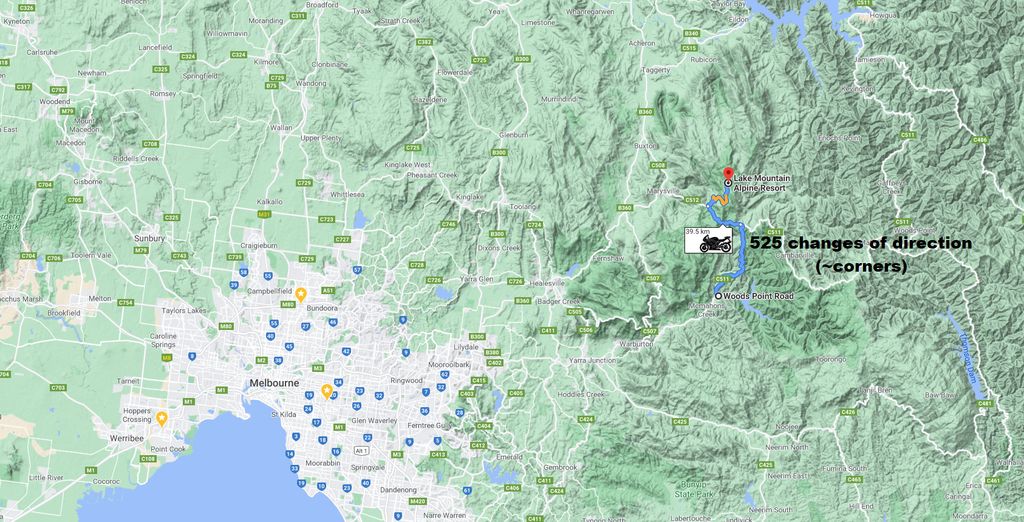 Tomorrow, and tomorrow, and tomorrow,
Creeps in this petty pace from day to day
To the last syllable of recorded time,
And all our yesterdays have lighted fools
The way to dusty death. Out, out, brief candle!
Life’s but a walking shadow, a poor player
That struts and frets his hour upon the stage
And then is heard no more. It is a tale
Told by an idiot, full of sound and fury,
Signifying nothing.

One of Victoria’s best “twisty” roads for road motorcycling starting “proper” as you cross a nascent brook that is the Yarra River up here at the verge of the high country, a mere 275 m above sea level at the Reefton car park through to the Lake Mountain car park at 1,350 m above sea level. Complete and unedited, shot on the first evening of lock-down restrictions easing for Melburnians, well weary of being stuck mere kilometres from their homes for months on end.

From start to finish, 525 changes of direction which belie the many corners that go on and on and on, the switchbacks and the decreasing radius corners to outfox the unwary, the grey snake wending its way through thick state forests, evidence of the massive fires from last summer with the mighty gum trees reduced to green fuzzy tooth picks in places, a set of traffic lights on the ascent too!

Shot from South to North – the preferred assault on this route, 21 km from the Reefton car park to the Camberville junction and the start of the yellow center line, 8.5 km to the Lake Mountain turn off and 10.4 km to the finish line. On this latter ascent several sections of the bitumen are often slick on warmer days with a perspiring road surface, to be noted. Much leaf litter and sections of stringy bark adorn the start of this third section to make for exciting times on two wheels! Replete with plenty of wildlife too when the shadows grow long and Skippy, his cousins, amigos and ne’er-do-well compatriots look longingly for an intimate embrace with unwary sojourners; beware in flagrante delicto and the Jabberwocky with eyes aflame and Saturday Night Fever mood lighting on the aptly named $ straight. Plenty of places to go and never become again or be too, fallen comrades roam and the forest mutters incandescent utterances silently, scant mobile coverage too. 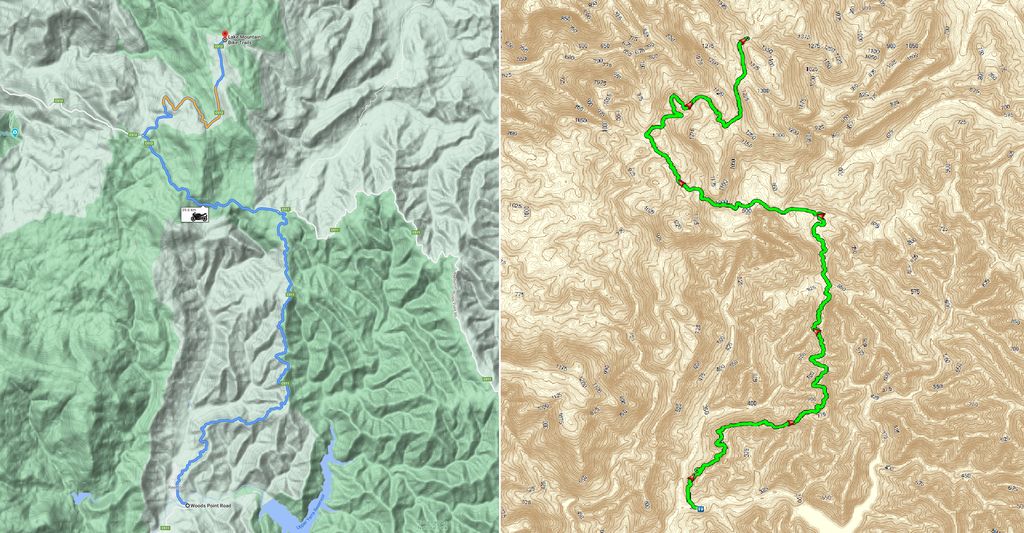